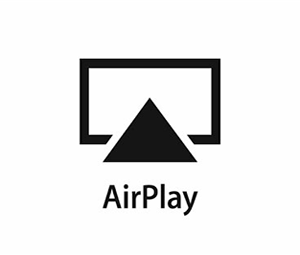 AirPlay is a feature built into Apple’s software that can stream audio and video between electronic devices. This works a lot like streaming music from a service like Pandora Radio or TV shows from a service like Netflix, except it is reliant on your devices being connected to one another on your home network rather than connecting to the internet. With AirPlay, you can play media or mirror screens from a single AirPlay-compatible source, like an iPad or iPhone, and stream it to AirPlay compatible devices on your home network, like TVs and AirPlay compatible speakers.

AirPlay is available on every device currently sold by Apple. It was introduced in iTunes version 10 for the Mac and was added to iOS 4 on the iPhone and 4.2 on the iPad.

As you can see, many of Apple’s devices are compatible, so chances are, you already have an AirPlay compatible device in your home.

You can stream music and videos from your iTunes library or iPhone/iPad to compatible, Wi-Fi connected computers, or AirPlay speakers.

If you don’t have AirPlay compatible speakers, you can connect your speakers or stereo to an Airport Express from Apple, or a third party solution like the AirMusic AirPlay adapter from wlanhifi.

The Apple TV works the same way with your TV: all devices engaged in AirPlay have to be on the same Wi-Fi network.

AirPlay Mirroring enables your compatible iPhone, iPad, iPod Touch, or Apple computer to display whatever is on screen and display it through the Apple TV and on to your TV screen. This would let you show a slideshow from your phone on your television, or display a home movie you edited on your laptop on the big screen. Just like the other cases described above, AirPlay mirroring requires a Wi-Fi connection to achieve the desired effect.

Devices that support Airplay Mirroring are:

AirPlay is now built into the Windows version of iTunes, which means PC users can enjoy the same wireless music streaming from their computer to their AirPlay compatible speakers. It does however lack mirroring and the ability to stream certain media types.

AirPlay has expanded to a technology called “AirPrint,” which lets iPhones and iPads print directly from the device to an AirPrint enabled wireless printer. The majority of consumer printers made in the past few years are AirPrint compatible, so if you’ve gotten yourself a new printer recently, you might have this option on your phone or tablet and not even realize it.