Are You Updating Your Phone OS? 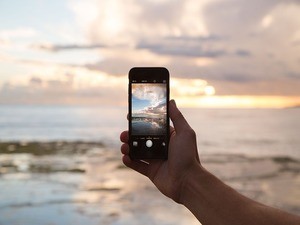 This is where upgrading your mobile phone OS comes in. Android users are slow to upgrade their mobile phone while iOS users surpass in this regard using the latest mobile operating system. Here is the breakdown.

The story is quite different with iOS users who update their phones. iOS has released ten versions in comparison to Android’s seven. Here is the breakdown of how iOS users update their iPhones. As TechCrunch puts it, “Apple’s newest mobile operating system, iOS 10, has seen faster adoption than any other OS version, according to data released by mobile marketing firm Fiksu. Currently, iOS 10 is installed on 66.7 percent of active devices its data shows, roughly a month after its launch. That means the majority of iOS device users are now running the latest OS – which is something of a surprise, given that early adoption was slower than usual.” So 32% of iOS users are not updating to the latest version.

Why Update Your Mobile Phone?

The chief reason to update your mobile operating system is security. Hackers are increasing their attacks on mobile phones and who do the hackers chiefly attack?  It doesn’t take rocket science to figure that one. The second reason to update is you get more bells and whistles. Android users are notorious for not updating, while iOS users are known for keeping up with the latest version. Updating is the wise course to take, for example, read our posts on Android Users Should Be Aware Of New Drammer Hack and Mobile Users Running Old IOS Versions Vulnerable To Fake Apps. Connectech cannot emphasize this enough, update all your mobile phones to the latest version (also you should update all your devices to the latest version). If you need assistance, contact us.