iPhone 7 Improves On Device That Has Sold A Billion Units

Some, perhaps even many, people might think that it would be hard to improve on the iPhone. After all, Apple’s flagship product has sold more than a billion units, so people clearly like it, but Apple has done just that. The new phone is a wonder of both technology and design. Here’s what you can expect:

Let’s start the stuff that’s most obvious to the eye: the color. The standard model comes in a new high gloss jet black, in stark contrast to the matte metal finish of previous iterations. This gives the phone a sleek new look that’s very stylish.

Don’t let the styling fool you though. The unit is more rugged and durable than ever. In fact, the new iPhone is fully waterproof, which gives you one less thing to worry about when you take it with you on the road.

On top of that, the new camera system has been given a number of updates, making it faster and easier than ever to take photos and video of exquisite quality. The new lens lets in 50% more light, and that, coupled with the image stabilization tech, makes getting a good shot with the 12 megapixel camera (back) or 7 megapixel camera on the front a breeze. If you get the iPhone plus, you’ll also get an improved zoom function, which will allow you to zoom into to 2x resolution without a loss of image quality.

The display has been improved, and is now fully 25% brighter, with a wider range of color, making the images on the new phone truly pop. While it’s true that image resolution itself is unchanged, you’ll definitely see and feel the difference with the changed mentioned above. 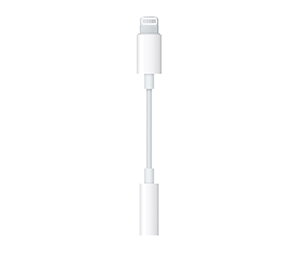 Finally, and although this is probably a change for the better, it’s one of Apple’s more controversial decisions: there’s no 3.5 mm headphone jack. This might mean buying an adapter for most people, and may cause a few grumbles, but from a design and aesthetic perspective, it was the right call. However, Apple has included a 3.5 mm headphone jack adapter!

The bottom line is, the new phone is great step forward. If you haven’t already pre-ordered yours and are thinking about taking the plunge, you may want to keep an eye out for availability!